When somebody says “I used to play a bit.”, when asked about, say, the guitar, or table tennis, it normally leads to a thrashing with the little white ball followed by a Hendrix-esque whirlwind solo…. A bit like when our friend, Martin (regular blog visitors will know all about Martin and his sugar fetish – see various posts from the past, including THIS ONE), pitches up and cheerfully announces, in his cute Brummie twang, “I haven’t done any training”, before promptly skipping around a marathon in 4 hours!

By the way, my Dad played a high standard of table tennis and was still comfortably kicking my sweaty arse right up until he was stopped by my Mother…. what with his hip replacement and everything.

Sandbagging, I believe it’s known as.

Well, believe me, I DEFINITELY play “a bit” of guitar.

We had the grandson, Callum, to stay Friday, which is a rare treat, so we forfeited a run this weekend and headed off to Exeter for some lovely book buying, including visiting the lovely people at The Piano Room and The Music Room upstairs. Returning with bellies full of pasties and cake and coffee and coke and with bags full of novels and biographies and music books and guitar tabs and plectrums, we start trying to squeeze our passions into our spare time.

Actually, I managed ALL of my planned runs for over a week right up until I happily substituted Saturday’s charge up The Templer Way for some colouring and teaching Callum the wonders of Lord Robert of The Dylan, before mounting our chariot for the trek up to the big smoke.

Monday, I managed a muddy head torch run with Charlie, on the coast path, I’m not sure who’s more lardy! Check it out HERE

Then Tuesday was a double day, some hill sprints with Nicky in the morning followed by 3 x 1 mile after work. Always a struggle to get motivated after work – the driving wind and rain wasn’t particularly inviting, so although my times weren’t comparable to those of nippier times, and it felt like trawling through thigh high treacle, I DID IT!!

More dog jogging, by head torch, around the woods and trails of Occombe and Cockington on Wednesday. I had a spooky moment when my head torch picked out a figure just standing amongst the trees, in complete darkness (about 5.45am!) – check out the run HERE, I reckon the fastest mile was that one!!

When I used to train in a group a few years ago, we had several measured routes which we used as time trials. I did one of these on Thursday’s run (HERE), running the 1.8 briskly, taking a jog recovery then running it briskly back, just about keeping the pace under 7min/mile so happy with that on tired legs.

As mentioned, yesterday’s runs were sacrificed, so Charlie and I joined Nicky for a super speedy blitzed up the Templar Way this morning instead. Nicky demonstrating pacing perfection as every mile got gradually quicker. A week of digging, carrying and shimmying up and down a scaffold had taken its toll on my aging limbs so I quickly, and politely, dismissed the suggestion to continue after these lovely 10 miles – I’ll call this a ‘back off’ mileage week!!

So, I did indeed use to (in fact still do) play a ‘bit of guitar’, but inspired by Nicky’s enthusiasm, drive and determination for, well, everything, I have picked it up again this week, hoping to be more than an average rhythm guitarist……..

Don’t forget, for those of you interested in my other writings, check out my latest post about trying to become a novelist (!) HERE.

I’m growing a beard. Although, by the time you read this I might have abandoned it and burned it off……. It’s a bit itchy and scratchy and, quite frankly, not quite the suave silvery stubble I was hoping for.

Unlike Martin. For the uninitiated, Martin is our good running buddy who is known for his (VERY) chatty nature, the numerous sugars he shovels into his tea, and for being, well, ‘The Silver Fox’!

T’was the Templer Ten last Sunday, sold out this year, it is a lovely jaunt towards Bovey Tracey from Stover school, with barely any hills, but plenty of varied terrain. Organised by the Teignbridge Trotters, one of the most active clubs in the area and organisers of several of South Devon’s finest events.

As ever, they provided umpteen friendly, smiling and encouraging marshals, cajoling and guiding you through the countryside.

There’s a fabulous (I mean AMAZING!) cake stall, teas and coffees (including a free post race cuppa for the runners) and bacon baps to replace those calories burned.

There’s also a 1 mile fun run around the grounds of the school. Grandson, Callum, was pencilled in for this but at the last minute decided a morning performing stunts on his new Rocker bike would be much more fun……. Up steps Faith…… 6 years old, with that butter-wouldn’t-melt princess smile, and full of life and energy and, well, character…. “I’LL DO IT, I’LL DO IT!” she exclaimed, seeing an opportunity to upstage her brother.

Somehow, Grandad Kevin was volunteered to run with her….. “COME ON SLOW COACH” she giggled to anyone who’d listen as she whizzed around the playing fields in her treasured silver Hunter wellies.

Apart from my beard!

I bumped into a smashing friendly chap, Mark, whilst on my first post injury long run, the previous weekend (did I tell you I’d ran a 50 mile ultra marathon? No? read allllll about it HERE).

Well, Mark, it turns out was also at the Templer Ten and we pretty much lined up alongside each other, by pure coincidence. It wasn’t to be last we’d see of each other. (This, and all my other running can be found on STRAVA).

Also lining up alongside us on the start line was Ferg, race director and general top bloke from Mudcrew, organisers of many a fine event, including my all time favourite, the R.A.T. (you guessed it, read all about how Nicky and myself got on back in August HERE).

Mudcrew also host the scarily named Ark Of Attrition, which Nicky and I followed when we were on holiday in Cornwall (read all about it HERE), back when this blog was a brand new thing. It wouldn’t be the last I saw of Ferg either. And, the Ark is, well, hopefully where it’s all heading for me……..

In the interests of sharing the plugs for local events…… Steve from Pure Trail was also there – they have just announced a rather splendid looking 100 miler on Dartmoor.

Nicky started at the back. Nicky likes starting at the back. (Nicky, for those new to the blog, is my wonderful, WONDERFUL, lovely lady wife, soul mate and setter of endurance challenges) Nicky, she won’t mind me saying, is, like many of us, quite capable of having dips in confidence, particularly if she gets streams of runners overtaking her. So she starts at the back. Problem solved.

Considering she smashed her previous time on this course by over 6 minutes, and overtook 70ish people, I reckon this tactic is working very well. One of the first subjects I felt the urge to write about, when this blog was a youngster, related to how we can all support and encourage each other in this wonderful sport – read that post HERE.

Ferg ran away from me whilst Mark and I jostled for position (I’m probably exaggerating there!) as the first couple of miles unfolded.

Actually we did exchange places several times during the race, both sneaking past Ferg later on as he paid for his blistering early pace!

As regular readers, friends of the blog, friends, people I meet in the street, anyone who’ll listen, AND anyone who won’t, will know, I’m getting quite into this ultra marathon idea (hence the beard!)

With this is mind, as I ‘come back from injury’ and up my mileage, I decided to follow a lot of the training advice I read and go back-to-back. That is, I did another coast path long run on Saturday (HERE) so that this hard race effort, the following day, was on tired legs. It worked, I was proper blowing at the end.

Mark steamed past me in the final few yards to claim bragging rights for when we next bump into each on the coast path. So, I may not have been as nippy as last year, but really pleased to be fit and running well (see how my race unfolded HERE). 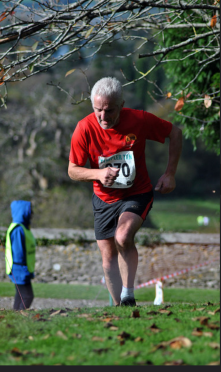 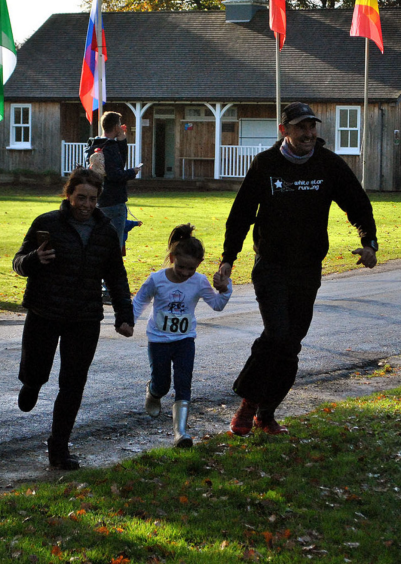 Don’t forget, there’s plenty of my witterings over at…..

and please get in touch about anything writing or running related.

Images from the week’s running….. 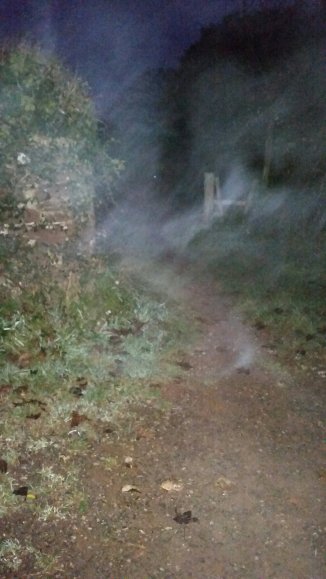 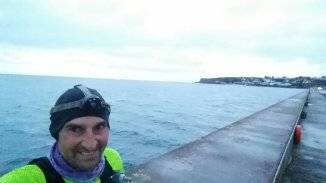