I know of people who might run around the block if their running device of choice indicated a distance of 4.9 miles as they approach home………

……I take that to new levels. If I think there might be a chance of bumping into Nicky whilst out on my runs I will alter course, speed up, slow down, run around in circles…

She may be running herself, cycling , or walking the dog, but I’ll try and have a ‘chance encounter’ wherever possible.

I guess it’s one of the millions of lovely symptoms of being in love! As I’ve documented on many occasions in this blog, my life with Nicky truly is amazing, Like living my whole life riding a wave of love and adventure and challenges, I truly treasure every single moment.

So, last Saturday we both planned to do the Torbay Velopark Parkrun. I was also hoping to run somewhere between 15 and 20 miles, including the Parkrun and then the 1.5 miles or so home. Nicky, with her ‘Familiarisation Day’ looming, was aiming to run to and from the Parkrun.

After about 12 miles I found myself looping around our house in the hope of casually bumping into Nicky and then running together. Success! Ahhhh, the course of true love!

So we jogged to the Parkrun, Nicky ran much quicker than she ever gives herself credit for whilst I puffed and panted my way around about 5 minutes slower than my best!

A 3.30AM alarm the following day. That’s 3.30 AM!! Yes, a really early start to attach Nicky’s and Martin’s bikes to the roof of the trusty Mini, and we headed off for The Cotswolds. Our splendid friend, Martin, notorious on the blog, didn’t disappoint with his chatter, nor his infamous sugar intake, as the day went on.

They’re doing a middle distance triathlon in June you see (like a Half Ironman, but not of that brand!), so they jumped at the opportunity to go to a familiarisation day at the actual venue to be used on the day.

We arrived at Lake 32, Cotswold Water Park, a little early to be confronted by a locked gate, a few cars waiting to pass through it and some people wandering around on mobile phones. It soon became clear, as the gate was opened, that we were clogging up the entrance for members waiting to have their early morning swim in this excellent facility.

So we span the mini wheels up a grass banked and claimed our spot for the day. There were already several people in the lake enjoying the variety of well marked out routes.

How come I’m not joining them I hear you cry??? Well, firstly, I am really focussing on trying to become Beardy Ultra Man Plodding (#ProjectBUMP), secondly I have appointed myself chief supporter, bag carrier, driver, coffee drinking cameraman for Nicky’s challenge and THIRDLY, I simply can’t multi-task like my beautiful wife!

My pride in Nicky just grows and grows, she waded into the (admittedly rather inviting looking) lake and my heart swelled with love as her and the Silver Fox started to plough across the lake.

We’d bought Taste The Difference cookies, the chocolate shortbread ones AND the flapjacky ones. A sneaky chomp on a couple of them kept me munching away as I tried to pick out the Devon crew amongst the mass of swimmers.

“MARTIN, MARTIN, MAAAARTIN” I yelled at the guy in the Orca wetsuit wearing the River Dart 10k Swim cap stood in the shallows…….. he eventually turned around and revealed himself to be…… a complete stranger!

Once they’d emerged safe and sound and changed we had some coffee from the little café onsite and Martin gave their sugar supplies a healthy kicking, the crew on duty from Cotswold 113 events started to take charge of the day.

The bike carrier had made a successful debut meaning the trusty Penny Farthings were ready to join the mass ride. Apologies to anyone trying to drive around Cirencester on Sunday.

After a few wardrobe decisions in the growing heat, Martin went for a duffle coat and Nicky was nigh-on naked, they became part of the mass clicking of cleats.

The nice lad on the gate informed me that the trails around the lakes were about 2 miles long, so I took the opportunity to do a few laps. After 4 of these laps the lovely location was starting to lose its novelty value, so I added some variety by running a final one anti-clockwise to get a different viewpoint of the scenery.

And then Nicky and Martin whizzed back into ‘transition’ and changed into their running gear whilst I racked the bikes back on the roof. Slick. Well, not quite slick, but certainly more efficient than I’d imagined it would be.

And so I snuck into the pack of budding triathletes and joined them for the 4.5 mile recce of the run route. A lovely stop-start trot with a very informative run guide pointing out the main points of the route.

By complete coincidence, we ran on some of the Thames Path, at the point where I would have been in the last few miles of the T60 had it not, unfortunately, been cancelled. And on that note, don’t forget, the lovely people at T Series Racing have given the blog a place in their T100 later in the year to give away. FOR FREE.

If you fancy winning a place in that 100 mile ultra marathon in August then check out my previous blog post HERE.

Somehow, by applauding the decision to bring a great sporting event to Torbay, where I live, I was accused of being a Torbay Council stooge and anti free speech. That’s the price of engaging I guess.

The event? It’s the opening round of the 2018 season of The British Cycling Youth Circuit Series. Where young people come together to show their athletic prowess and bike handling skills. Read more HERE. I foolishly responded to the “but the bus route will be diverted” type whining on Facebook!!

Still reeling from Nicky’s injury and its unfortunate timing. I’ll be flying solo in the 2 Oceans and am determined to get that medal for both us.

It’s been a tiring week (I know, change the record!) what with Nicky taken down by the lurgy, my job being rather physical at the end of the week and poor Frank having a bit of trouble understanding day and night, or his television, or the mail…….. There’s no dressing it up, living with dementia is bloody exhausting for EVERYBODY.

So with Nicky battling injury and illness, Frank, poor Frank, and strangers accusing ME of being anti free speech, I thought I’d share my top 10 good things of the week…. 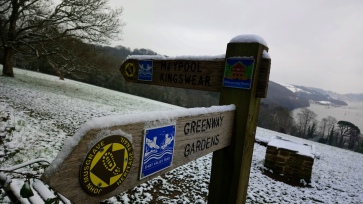 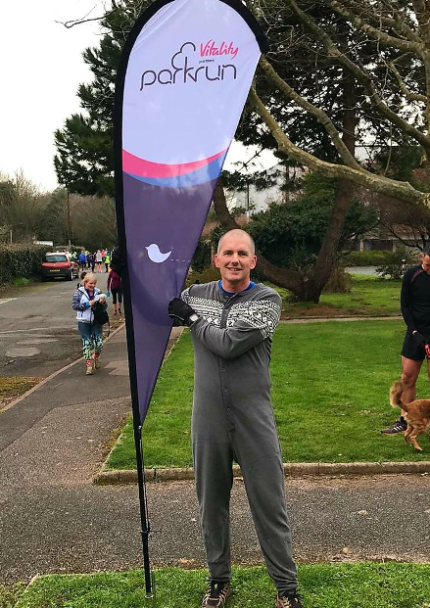 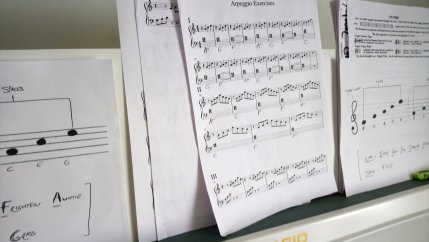 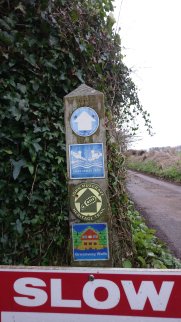 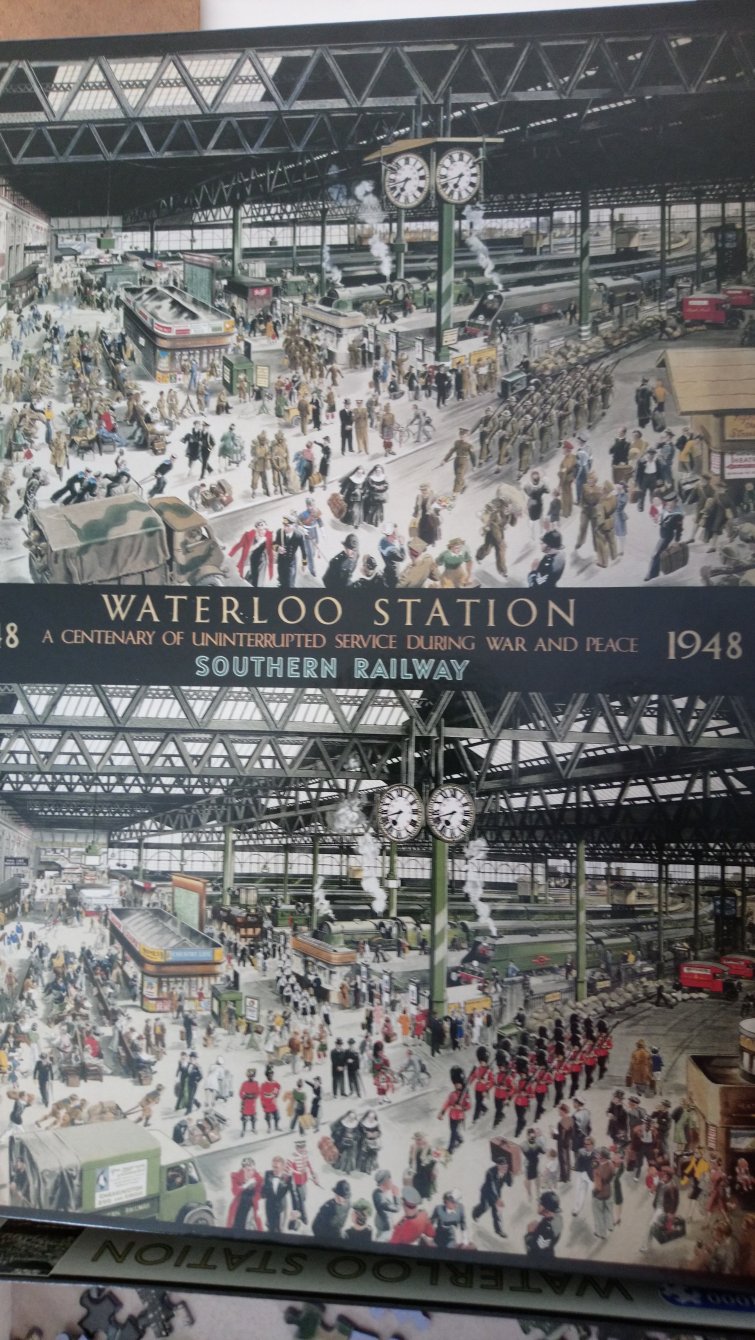