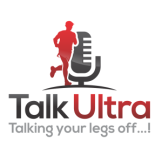 I’ve started listening to Talk Ultra. So now, that’s 3 podcasts I heartily recommend. The other two being Running Commentary and Marathon Talk.

I feel like a bit if a fraud. It certainly is a reality check listening to all those interviews with participants, including both elite athletes and mere mortals like us, about mammoth endurance events such as the Dragons Back and The Sky Running events.

BUT, Nicky and I are veterans (in both age and events) of 10 years of running events. Both of us having completed 30something marathons, including a few 50km races and, in Nicky’s case, a 50 miler.

AND, I’m having my post prolific year yet of mileage, averaging over 200 miles a month.

SO, maybe I am ready to step up to call myself an ‘ultra’ runner….  I mean, I’ve got some Inov8 shoes and a rucksack and everything!

As regular readers will know, I’m leading up to The East Farm Frolic  (EFF) in August where I’m looking to keep going for all 12 hours and hopefully take myself into the 50 mile club, if not further.

AND, listening to this new (to me) podcast is only fuelling my desire to ‘go long’. Specifically to ‘go long in Cornwall’…….

Which got me to thinking….. my beautiful lady wife, chatty Martin and good friends Jan &  Gloria had formed a relay team to compete for the 12 hours at The EFF. All change now as they have moved to being solo entrants, like yours truly.

Anyway, by going long in Cornwall, I mean specifically go long from Coverack to Porthtowan, by way of 100 miles of the coast path, in February 2019.

I fell for the charms, the challenges, the tales of successful and unsuccessful attempts, the beauty, the uniqueness of The Arc Of Attrition (AOA) as we spectated back in February, see my blog post from back then.

In fact one of the reasons I was so inspired to start blogging get so enthusiastically was the wonderful experience of following this year’s edition.

The AOA is organised by Mudcrew, responsible for my absolute favourite event, the (black) RAT and many otherwise including the festive hilarity of The Scrooge.

Mudcrew’s head honcho, Andrew Ferguson, is a pretty serious ultra runner himself, recently competing in the fabulous looking Laverado Ultra in Italy , and his name pops up all over the trail running scene.

All who crew at these Mudcrew events are runners and understand the needs of those on the trails. It would not be an exaggeration to say that I think about the AOA, and how I will prepare, on most of my runs.

By that I mean I try relate the run I’m on to how I would be feeling after 24 hours of coast path. I think about eating proper food whilst running, about kit, navigation, isolation, weather, etc etc.

I’ve also developed a new mantra, “NO LAZY STEPS’ meaning  I should never assume the next foot plant is flat and predictable. Small protruding roots under dark tree canopies could end the race. I need to make sure to learn to remaim alert under extreme fatigue.

The enormity of the AOA’s challenge has dictated the time scale. I need to qualify, I’m hoping to have a few events which serve as qualifiers, maybe doing something like Hope 24 amongst them.

The traditional Mudcrew stepping stone is to do the 100k version of the RAT (Nicky and I are doing the 50k for the 3rd time this year) in 2018.

The Plague, as this 100k is known, serves as a qualifying event and also comes with an AOA invite to accompany it’s finisher’s medal.

The best part of all of this process is spending time outdoors, with my wonderful amazing beautiful lady wife, Nicky. After the great adventures of last Saturday (see last post) we took to the coast path for 3 gloriously hot and sweaty hours.

These joint jaunts are serving as training towards Snowdonia for the two of us (which is rapidly approaching!), as well as building my mileage towards The EFF. They are also wonderful shared adventures, precious and treasured times.

Oh the witty banter on these sweaty long runs, “blimey you stink” “not as much as YOU stink”…..

The Talk Ultra podcast is presented by Ian Corless, a fine ultra and trail runners in his own right and now an event photographer too. The show is mainly made up of interviews with big names from the world of ultra-distance running, as well as those from further down the field.

It’s all an education to me, probably only being aware of the headline events and maybe our local long distance challenges. I’m learning the names of the stars of this mystical world and getting to grips with the lingo. Don’t expect me to be attempting a FKT on a course with loads of VERT anytime soon…..

Oh it turns out my 20 miles running, to Teignmouth, on the coast path, isn’t even a warm up to most of these boys and girls.

‘Blowing out of my arse!’ I’ve no idea where that expression came from but it seemed to 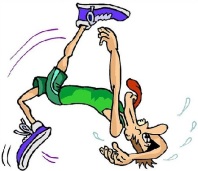 fit my rather cumbersome effort as I did a time trial after work last night. Blowing out of my ears and nose too. Open mouthed and squinting from the sweat stinking my eyes, I gasped for every breath. Desperately weaving through the many dawdling pedestrians, enjoying their evening stroll in the sunshine, I just about managed to maintain 30 seconds per mile slower than I’d hoped for the 1.8 miles

We’d elected for this instead of waiting another hour and going to the club night. Whilst I was cracking paving slabs either my clomping strides, Nicky and Charlie joined the rest of Paignton, walking along the sea front. 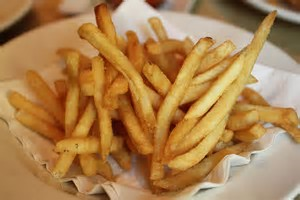 It was with some relief that I finished my effort near a toilet. Then, whilst not getting any cooler during my cool down, I bumped into my beautiful wife and raggerty hound and needed no further prompting to end my rather unfortunate effort RIGHT THERE. A stroll back along the beach followed by eating chips on the sea wall and all was well again.

A few years ago I’d have been disappointed with that run but these days I enjoy laughing at myself and moving on. 3.75 of jogging with Charlie in the woods at 5.30am this morning soon put that right too.

Something similar tomorrow then a weekend of long endurance adventure beckons, including some kayaking to accompany the intrepid Mrs Bonfield on an early morning river dip.

Enough of this rambling, keep on keeping people…….. 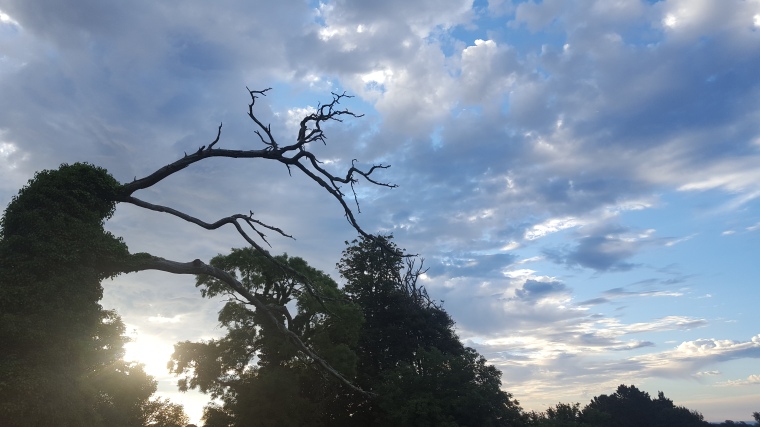